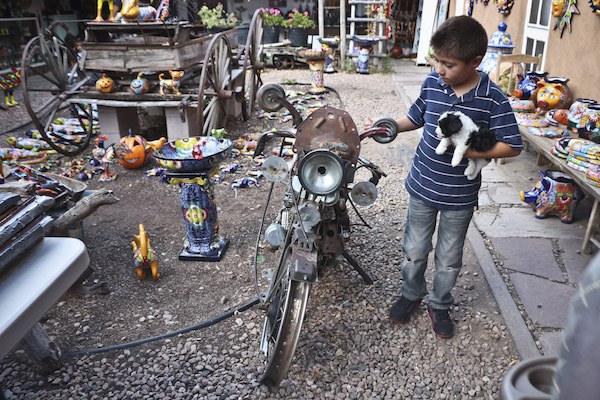 This story was originally published by The Guardian and is reproduced here as part of the Climate Desk collaboration.

Planned cuts at the Environmental Protection Agency are set to fall heaviest upon communities of color across the U.S. that already suffer disproportionately from toxic pollution, green groups have warned.

The environmental justice office is tasked with bridging the yawning disparity in pollution experienced by black, Hispanic and low-income communities and wealthier white neighborhoods. It provides grants to communities to mop up toxins and rehabilitate abandoned industrial facilities that are invariably found in poorer areas.

In the final months of former President Barack Obama’s administration, the EPA unveiled a new effort to tackle lead poisoning, air pollution and other problems suffered by communities of color situated next to waste treatment plants, smelters and other sources of toxins. But this plan will be cut down in its infancy should the environmental justice office be dismantled.

“The Trump administration has decided fence-line communities across the country, whose residents already bear an outsized burden from pollution, are on their own to take on big polluters,” said Ken Cook, president of the Environmental Working Group, an advocacy organization.

“Most pollution-spewing operations are within eyeshot of the backyards and kitchen windows of African American and Hispanic families, as well as those of many largely white lower-income communities,” Cook said. “Through this decision to zero out funding for the EPA’s environmental justice programs, the president and the administrator have sent a shameful message: the health of poor Americans is less important than that of the wealthy.”

Trump has targeted the EPA, which he has called a “disgrace,” in order to fund an increase to the military’s $600 billion budget. Scott Pruitt, the controversial new EPA administrator, has stressed that grants handed to the states – which account for around 40 percent of the EPA’s budget – should be protected, meaning the axe would fall on enforcement action, climate change initiatives and other programs.

Pruitt is also set to review the Clean Water Act, which protects Americans’ drinking water, as part of an effort to roll back environmental regulations that the Trump administration believes are stymieing economic activity.

In response to written questions from senators during his confirmation hearing, Pruitt said he was “familiar with the concept of environmental justice and believe the administrator plays an important role in this regard. I agree that it is important that all Americans be treated equally under the law, including the environmental laws.”

John Coequyt, campaign director of the Sierra Club, said: “To cut the environmental justice program at EPA is just racist. I can’t describe it in any other terms than a move to leave those communities behind. I can’t imagine what the justification would be, other than racism.”

Environmental justice, or environmental racism, has been acknowledged by the federal government since Bill Clinton signed an executive order in 1994 instructing agencies to address the “disproportionately high and adverse human health or environmental effects of its programs ... on minority populations and low-income populations.”

Years of urban planning decisions and sporadic regulation has led to a situation in which black children are twice as likely to have asthma as their white counterparts. Meanwhile, nearly half of America’s Latino population lives in counties that do not meet EPA air quality standards.

This burden was starkly demonstrated last year in Flint, Michigan, where a toxic water crisis has ravaged a largely black city. A recent report by the Michigan state government found that the lead poisoning was caused, in part, by “systemic racism.”

Amid a lengthy history of such problems, community campaigners have accused the EPA of failing to respond forcefully enough. Over the past 20 years, the agency has rejected nine out of 10 complaints from communities plagued by pollution. The EPA has yet to find a business in breach of the Civil Rights Act’s Title VI provisions against discrimination on environmental grounds.

In September, the US Commission on Civil Rights released a scathing report that found the EPA “has a history of being unable to meet its regulatory deadlines and experiences extreme delays in responding to Title VI complaints in the area of environmental justice.”

The report highlighted the plight of Uniontown, a predominately black community in Alabama. The EPA allowed coal ash to be dumped in a landfill in the town in order to appease economic interests and failed to deal with years of complaints from residents who said they suffered from ailments and the odor of the waste dump, the report stated.

On Thursday, the EPA also made initial steps in winding back methane emissions standards imposed by Barack Obama’s administration. The agency withdrew its request that oil and gas operators provide information on equipment and levels of methane, a powerful greenhouse gas, emitted during drilling operations. The move follows complaints from nine states that the request was too onerous on businesses. “By taking this step, EPA is signaling that we take these concerns seriously and are committed to strengthening our partnership with the states,” Pruitt said. “Today’s action will reduce burdens on businesses while we take a closer look at the need for additional information from this industry.” 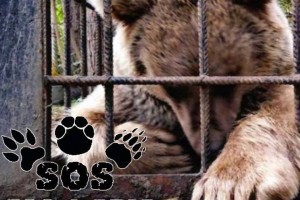