Poachers destroyed this rhino’s face: Veterinarians are trying to fix it (video) 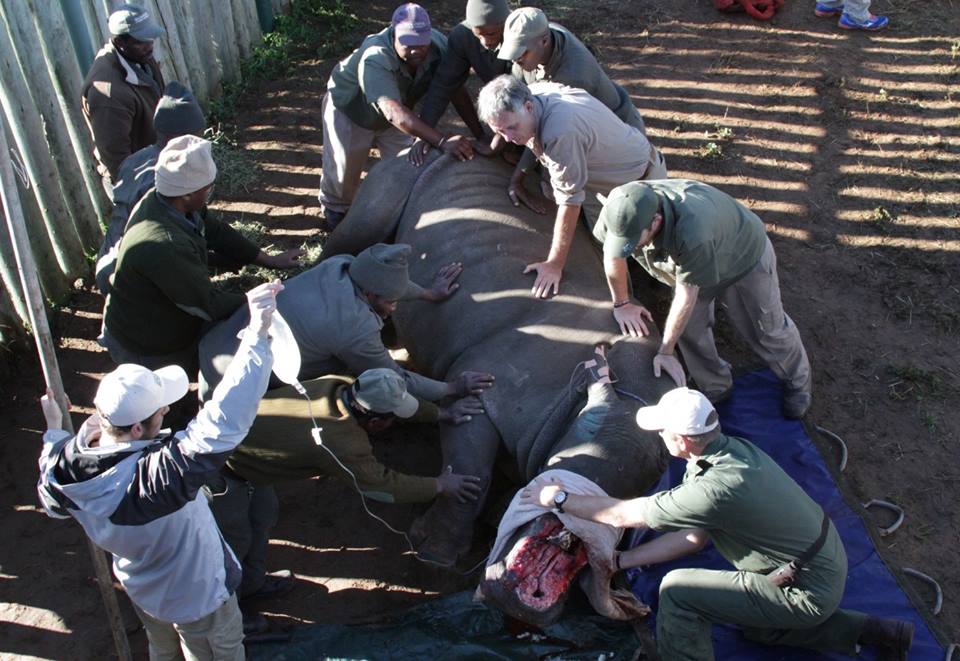 The white rhino was left to die last spring.

Poachers had entered the reserve in South Africa’s Eastern Cape province, sedated the female with a dart tranquilizer, and hacked off her horns and part of the skull under them. When the reserve’s owners found the rhino days later, news reports said, the gruesome hole in her face was riddled with maggots. But she was alive. Last week, the rhino — who has since been dubbed Hope — underwent facial reconstruction surgery intended to close up that wound. It was the sixth major surgery she has had since her horns were cut off, according to the Independent Online, and it’s unclear whether it will work.