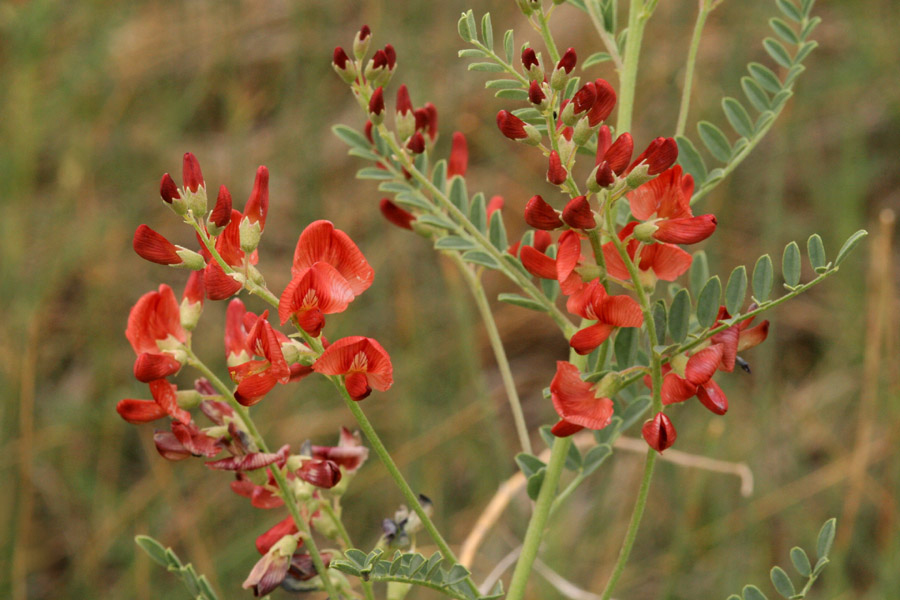 Category. Vulnerable species. At present two sub–populations are known. The extent of occurrence and the area of occupancy are less than 500 km2. The category of threat has been downgraded to VU taking into consideration the expansion of the distribution range of the species. It was not included in the first edition of the Red Data Book of Armenia. It is not included in the Annexes of CITES and that of the Bern Convention.

Distribution. In Armenia it occurs only in Yerevan (Armavir, Ararat) floristic region. EOO is 190 km2, AOO is 16 km2, the number of locations is 2. Besides Armenia the species grows in the south of European Russia, Middle Asia, Kazakhstan, Iran, Afghanistan, Altay, Tuva, Mongolia.

Ecological, biological and phytocoenological peculiarities. Grows in lower mountain belt, at the altitudes of 800–900 meters above sea level, in salt marshes, along the banks of streams. Flowering from June to July, fruiting from July to August.

Conservation actions. According to RA Government decree on 2008 the salt marshes of the Ararat Plain were included in the list of nature monuments as "Salt Marsh". Necessary: monitoring of the population state.