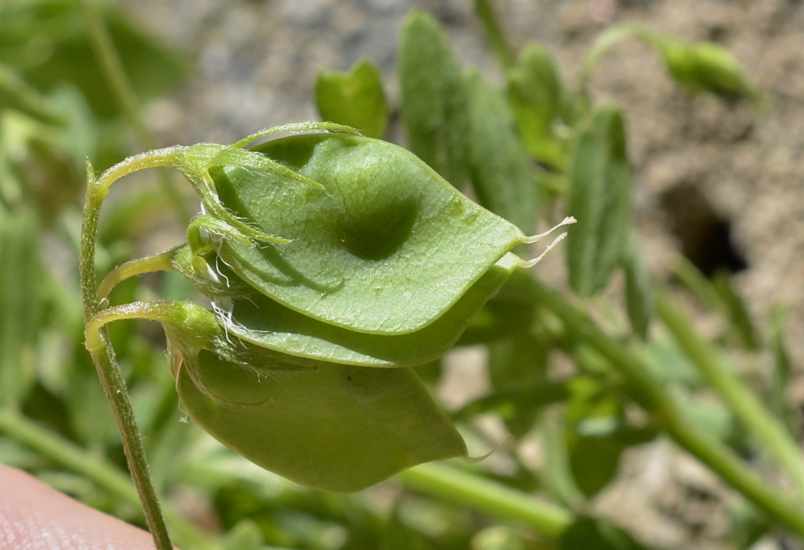 Category. Vulnerable species. The extent of occurrence is less than 5000 km2, the area of occupancy less than 500 km2. The category of threat has been downgraded to VU because of the wide range of general distribution of the species. It was included in the first edition of the Red Data Book of Armenia under Category 1: Endangered species. It is not included in the Annexes of CITES and that of the Bern Convention.

Distribution. In Armenia it occurs in Darelegis (Her–Her) and Zangezur (Kapan) floristic regions. EOO is 620 km2, AOO is 24 km2, the number of locations is 3. Besides Armenia the species grows in East and West Transcaucasia, the Crimea, South Europe, Anatolia, Cyprus, Syria and North–West Africa.

Ecological, biological and phytocoenological peculiarities. Grows in lower and middle mountain belts, at the altitudes of 750–1800 meters above sea level. Flowering from May to June, fruiting from June to July. The species is the wild relative of lentil. There are numerous small stalks around radical collar which flower and form subterranean legumes, similar to above–ground ones.

Limiting factors. Restricted extent of occurrence and area of occupancy, loss/degradation of habitats caused by land development and grazing.