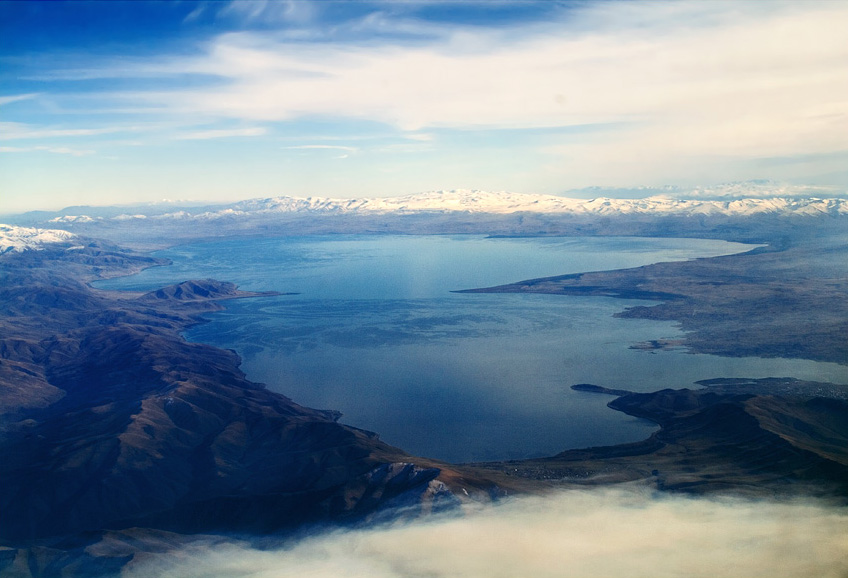 Lake Sevan is located in Gegharkhounik Province, 60 kilometers to the north of capital Yerevan. It’s the greatest one in the Caucasus Region. Its significance is also conditioned by the fact that it provides fresh water and fresh water fish to the Transcaucasus region. In addition to that, it’s one of the freshwater high mountain lakes in Eurasia. Note that the lake’s basin makes up the one sixth of Armenia’s entire territory. Twenty-eight rivers and streams flow into the lake, and one river flows out of it. It’s River Hrazdan.

In the beginning of the 20th century Armenia became a Soviet Union member state and upon the decision of the Soviet Government the water of the lake was lowered and used for irrigation and hydroelectricity purposes. As a result, the island on which the beautiful Monastery of Sevanavank is situated converted into a peninsula. Recently, the Armenian Government came up with a plan to increase the water level. And the consequences are now clearly seen by the trees and close-to-shore constructions having appeared underwater.

Currently, the lake plays an enormous role in the country’s economy. Due to it, Armenians get low cost electricity. Besides, they are provided with fish, recreation and tourism. It’s also the main source of irrigation water. All this said, it should be only added that the role of this beautiful lake cannot be underestimated as it is of utmost importance to Armenia and the Armenian people.

In general, the weather is windy. The wind is especially mean in winter.

The lake consists of Minor Sevan and Major Sevan. Minor Sevan is deeper, while Major Sevan is shallower. There is an apparent age difference between the two; the first is only 100,000 years old, while the second is one million years old.

Fish – There are six species of fishes; two are endemic and two are registered in the Red Data Book of Armenia. Notably the most popular fish is ishkhan (trout), which means “Prince” in English and which is at the edge of extinction. On the whole, all native species are in decline. Among them are ishkhan, Sevan barbel and Sevan Koghak.

Amphibians – There are four species of amphibians. They are mostly noted in those places where there are small ponds, pools and puddles.

Reptiles – There are 18 species of reptiles. Grass snakes can be seen anywhere. Herpetofauna is more noted on the northeastern shore.

Birds – there are 210 species of birds out of which only one is endemic. The most commonly seen species include Eurasian coot, mallard and Armenian gull. During the October-December period the lake hosts migratory birds. It serves as a stop for such birds as great egret, mute swan and demoiselle crane. Still half a century ago the lake used to be an important breeding area, while now the role has been greatly reduced because of the decreased water level. Presently primarily migratory waterfowls consider it as a resting and wintering site.

Mammals – There are 36 species of mammals. The most commonly met ones are European hare, red fox, wolf and so on.

Natural Disaster in Artik Resulting from Non-Assessment of Risks
Newsfeed