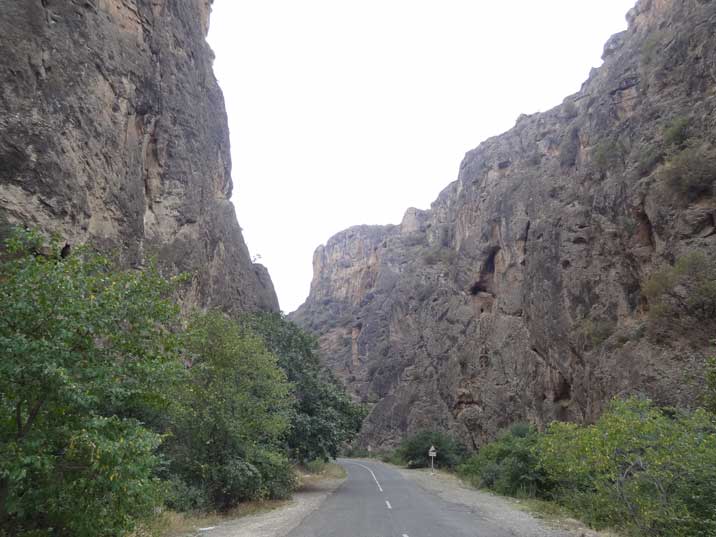 The Gorge of Noravank is popular with its caves, and splendid flora and fauna. The gorge is located in Vayots Dzor District. There is an interesting story regarding the name of Vayots Dzor – it is said that once there was the city of Moz, which was covered with lava after the local volcano erupted. The eruption was caused by an earthquake. The sorrowful cries “vai, vai” of those people who survived the natural calamity resulted in the naming. The naming suggests that Vayots Dzor means the “Sorrowful Canyon.”

Among the things visitors will see when visiting the gorge are the Magel Cave, Bird Cave and so on.

The variety of the gorge’s canyon is absolutely breathtaking. Among the residents are short toed eagles, golden eagles, bearded vultures, Egyptian vultures (these vultures are also noted in Khosrov Forest State Reserve), eagle owls, Peregrine falcons, semi-collared flycatchers (these birds can be seen in Kirants-Samson Gorge as well), European rollers and so on.

Notably, Noravank is an Important Bird Area (IBA). In case you don’t know, these are sites, which provide essential habitat for one or more species of a bird.

Even a look is enough to get assured of the fact that the gorge’s flora is stunning. The gorge is home to not only rare plants but also to endemic plants and wild species of cultivated plants. Among them are the ancestors of Cultivated Pear (Pyrus takhtajanii and Pyrus tedvedevii), Walnut (Juglans regia), Wild Pistachio (Pistacia mutica), Wild Grape (Vitis sylvestris), Wild Cherries (Cerasus mahaleb and Cerasus incana), Elaeagnus (Elaeagnus angustifolia), Wild Lentil (Lens orientalis), Vetch (vicia), Onion (Allium) and so on. The variety of Cherry Plum (Prunus divaricata) and Almond Tree (Amygdalus fenzliana) is especially impressive.

On the high slopes of the gorge the following species can be seen – Campanula coriacea, Campanula karakuschensis, Dianthus orientalis, Scrophularia rupestris and so on. The latter is perfect to treat kidney stones. The gorge is also home to Bryonia Alba, which is widely used to treat back pain, neck pain, dry cough, overall weakness and headaches. Note that in 1900s the root of this plant was prescribed to patients suffering from bronchitis and pneumonia (presently, treating these two diseases with this plant is not recommended, though). Hackberries (Celtis Caucasica and Celtis glabrata) are also common in the gorge. It should be mentioned that in the ancient times these trees were considered sacred. Various sacred items were being made from the black wood of the Celtis. They were believed to do away with ghosts.

So never underestimate the power and excellence of this gorge, just make sure you have a professional guide with you who will show you to the gorge and reveal its entire beauty to you. 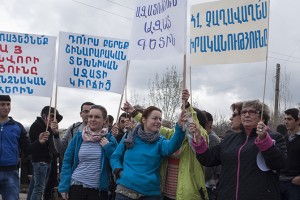