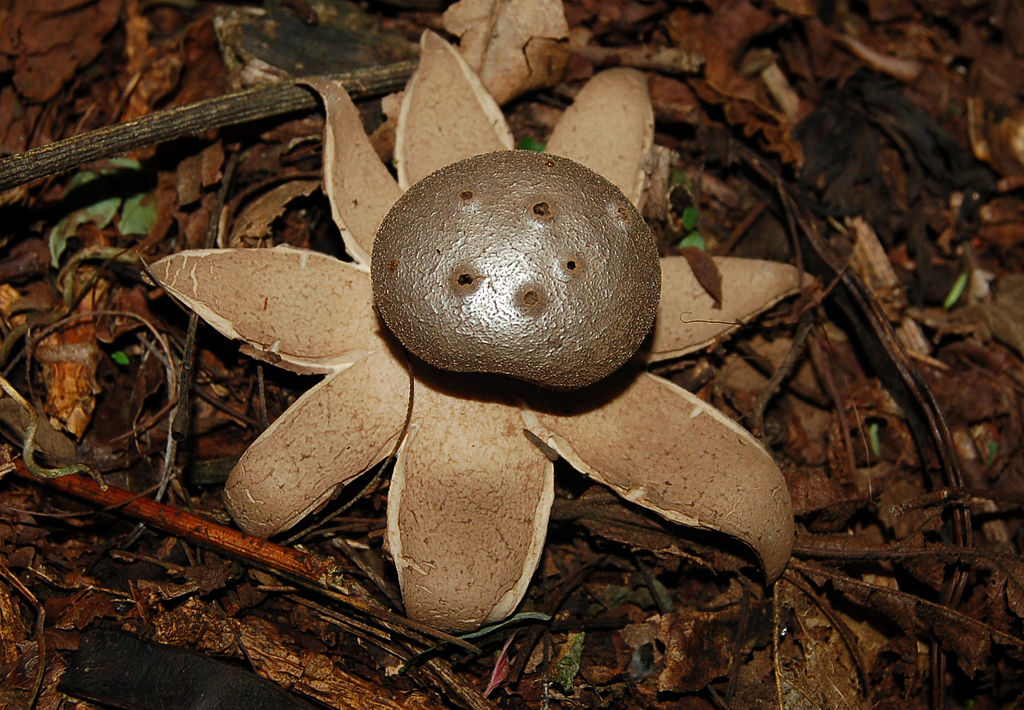 Brief description. Fruit bodies are from 2–10 cm across, greyish, spherical when young. Exoperidium is thick, scaly, splitting into 10–12 pointed rays/lobes. Endoperidium is spherical or flat on the top, greyish brown or silver glance, set on 3–5 mm long, cylindrical, short stalks. Several minor, round pores open on the upper part of the endoperidium. Gleba is brown. Capillitium consists of simple or slightly branched filaments which are from 3 to 4 mm width. Spores are 4–6 µm, spherical, warty, brown.

Ecological, biological and phytocenological peculiarities. On sandy soil, in Alpine belts, in coniferous forests, on the altitude of 1800–2000 m above sea level, in August. Saprotrophic or probably psammotrophic fungi, thermophile species.

Nature conservation measures. In Armenia it is conserved in corresponding ecosystems of "Sevan" National Park. It is necessary to carry out monitoring of the discovered populations and discovery of new habitats. It is included in the list of macromycetes, which are guaranteed to be ratified by the Bern Convention.