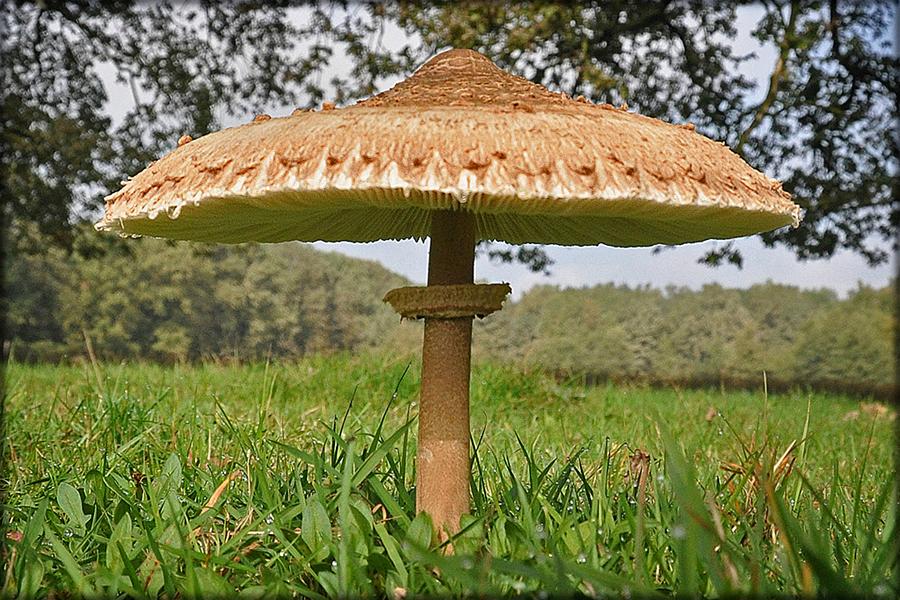 Brief description. Cap is 4–10 cm across, white with dark colouring in the centre, at first egg–shaped. When mature it is umbelliform, the upper part of which is covered with triangled, white scales. The margins of the cap are fimbriate. Gills are white, crowded, free. Flesh is white, when cut at the stipe base it reddens. It has smell of radish. Stipe 5–10 x 0,5–1 cm, at first dirty white, then brown, bulbous thickened at the base up to 1,2 cm with lacteous, large, moveable, fine ring. When dry both the stipe and the cap are brownish. Spore print is whitish. Spores are 8–9 x 5–5,5 µm, colourless, ellipsoid, smooth with germ–pores.

Ecological, biological and phytocenological peculiarities. It is rarely met, sometimes in groups, on the soil, in broad–leaved forests, on the altitude of 1100–1800 m above sea level, from August to September. Saprotrophic fungi on humus. The fruit bodies are edible. In some countries it is artificially grown in small quantities.

Nature conservation measures. In Armenia it is conserved in corresponding ecosystems of “Khosrov” State Reserve. It is necessary to carry out monitoring of the state of discovered populations and discovering new biotopes as well. Collecting of the mushroom mycelium culture and artificial cultivation are possible.