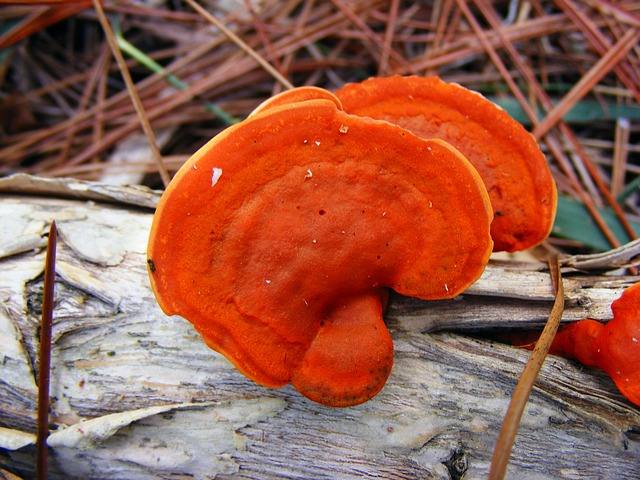 Brief description. Cap is up to 20 cm width, 15 cm long and 6 cm thick at the base. At first it is light orange, redish–yellow and villiferous, then orange–brownish and even smooth. The fruit bodies are sided, luniform, pulvinate or flat. Flesh is light orange and soft when fresh. When dry it is yellowish colouring, hard or crumbling. Hymenophore is cylindrical, the gills are 0,5–1 cm long having the colour of the flesh. They consist of rather small pores (average 2–3 pores on 1 mm), which are globose, fine with bright orange edges. Spores are 4–6 x 3–4 µm, colourless, wide ellipsoid.

Distribution. Generally in Europe, Asia, Northern America, Southern Caucasus (Georgia, Armenia). In Armenia it is found in Ijevan floristic region – in the surroundings of Gandzaqar.

Ecological, biological and phytocenological peculiarities. It is met on the dead trunks of oak and chestnut trees, in broad–leaved and mixed woods on the altitude of 1100–1700 m above sea level from August to September. Xylotrophic fungi. It is weak parasite and caused white rot.

Nature conservation measures. It is necessary to carry out monitoring of the known populations and search new localities. It is included in the list of macromycetes, which are guaranteed to be ratified by the Bern Convention.