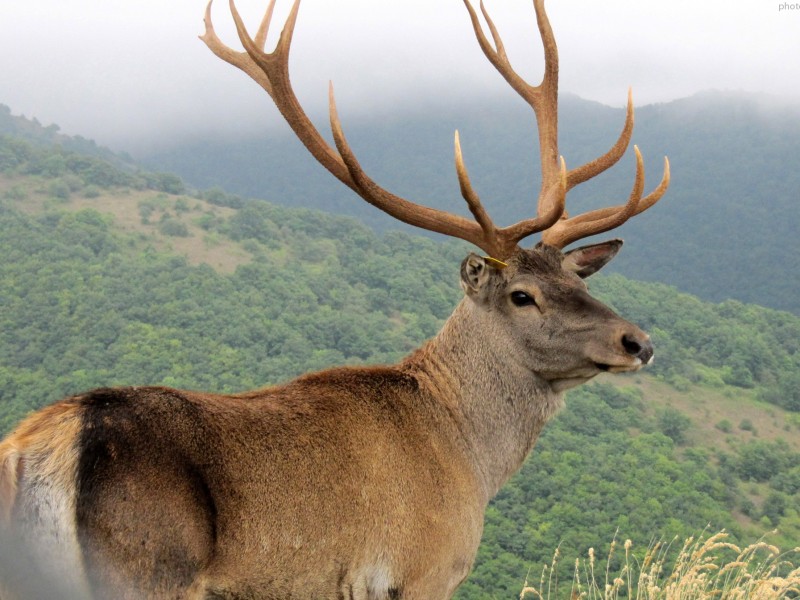 Status. The species is listed in the IUCN Red List of Threatened Species (ver. 3.1) as Least Concern. According to IUCN criteria categorized as Critically Endangered CR D.

Distribution. The subspecies is distributed across the montane forests of the Caucasus, Asia Minor and Northern Iran.

Distribution in Armenia. Already in 1954 this species was considered a casual vagrant from Georgia and Azerbaijan. Before that, it was widespread in forests of the northern, eastern and southern parts of Armenia. In 2005, the antlers aged 5–10 years were found on the southern slope of the Meghri Ridge, to the north of the Nrnadzor village.

Habitats. Broadleaf montane forests with lush herbage and subalpine meadows. In winter deer move down to foothills or towards the southern slopes, even to juniper sparse forests and arid grasslands (Meghri Ridge).

Biological traits. The rutting season is September–October. The gestation period is 249–269 days. One or, seldom, two fawns are born in May–June.

Population size and its trends. Counted in singular individuals. Current existence has been maintained solely through casual immigrations from Azerbaijan.