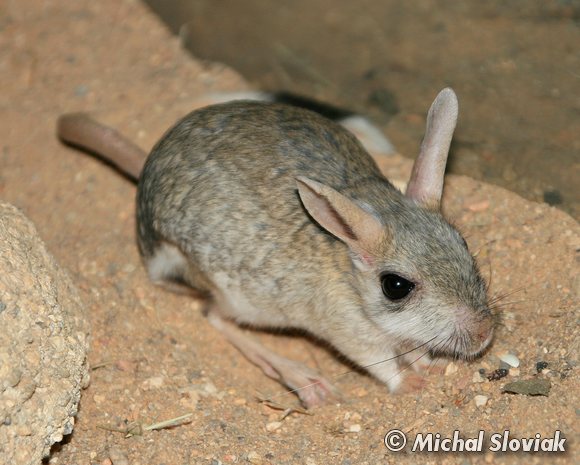 Status. An endemic subspecies of the Ararat Valley having severely fragmented range. Listed in the IUCN Red List of Threatened Species (ver. 3.1) as Least Concern. According to IUCN criteria categorized as Endangered EN B1ab(ii,iii,iv).

Distribution. The eastern boundary is stretched along the Akhurian riverside. There are two, still unconfirmed, isolated populations in the Kars Province and the vicinities of the Mt. Ararat in Turkey. The northern boundary covers the foothills of the Ararat Valley in Armenia and Nakhichevan. In the south, there is a small isolated population in Iran near Maku town.

Distribution in Armenia. The Ararat, Armavir and Aragatsotn provinces, at 800–1200 m above sea level. Also recorded in the vicinities of Yerevan city.

Biological traits. A rare species. Leads exclusively nocturnal and crepuscular life. Feeds mainly on seeds and also on greenery. Sometimes consumes insects. The hibernation period begins in mid– or late November and lasts until early to mid–March. Hibernation discontinues if snow melts. No wintering in the eastern parts of the South Caucasus. Burrows have one entrance, length up to 2 m and the breeding cell at a depth 1 m. Protective burrows are very rare. The breeding season begins in March and ends in November. Adult females produce offspring 2–3 times a year, juvenile females – just once a year. The litter size is 3–6 offspring.

Population size and its trends. Numbers and habitats experience reduction because of shrinkage of living spaces.

Conservation measures. Protected in Khosrov Forest Reserve. Possibly, small numbers also exist in Erebuni Reserve. It is essential to set aside the unaffected lands as sanctuaries and to control the numbers of feral dogs.