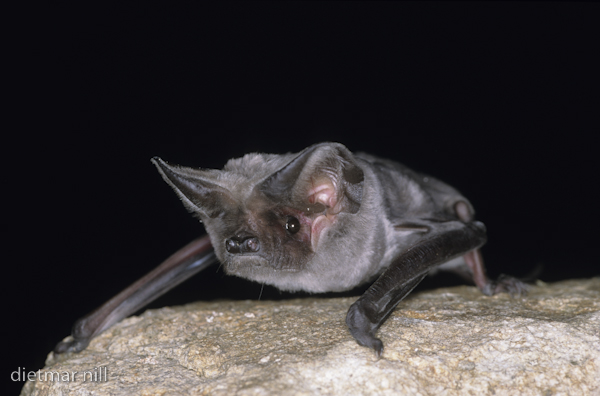 Status. Listed in the IUCN Red List of Threatened Species (ver. 3.1) as Least Concern. According to IUCN criteria categorized as Data Deficient DD.

Distribution. A rare species throughout its range. Singular individuals of this species were recorded in the Mediterranean parts of North Africa, Europe, Asia, Caucasus, Iran.

Distribution in Armenia. Armenia is likely the westernmost part of the global range. In 1974–1975, it was recorded in the Tavush Province (Berd, Enokavan, Papanino) and in 2004 on the southern slopes of the Vardenis Ridge, beside the border with Nagorno Karabakh.

Habitats. Prefers the forests located near the water bodies. Lives in tree hollows, rock crevices and cavities underneath the bark.

Biological traits. Poorly studied. In June the female produces one baby. Flying over the tree tops before the sunset, these bats can be confused with terns. No big colonies are formed, the small groups of 2–6 individuals are common.

Population size and its trends. The second individual was recorded only after 30 years of the first discovery, indicating the extreme rarity and endangerment of this species.