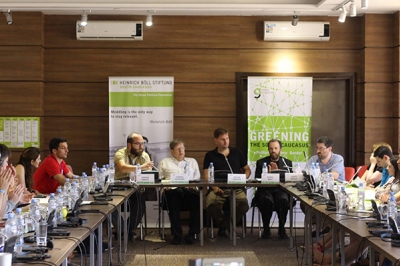 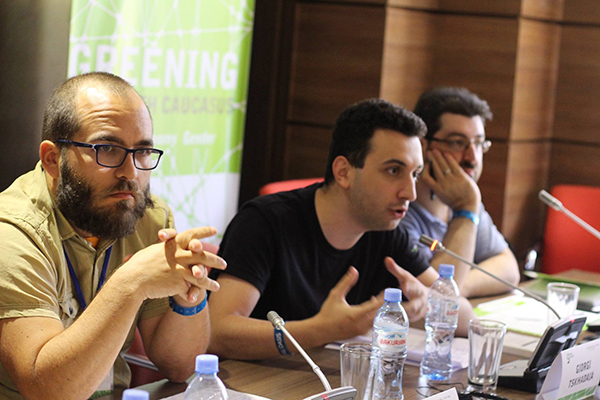 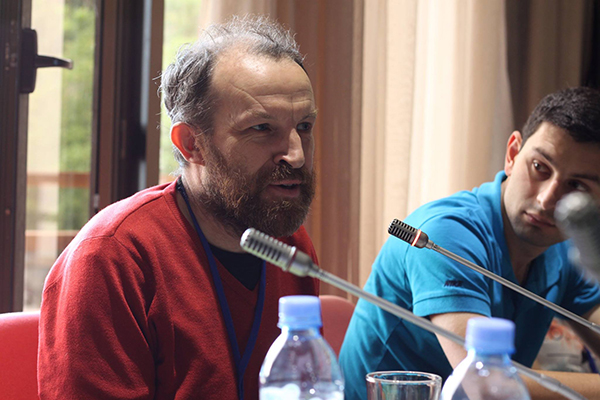 'There are people who think that capitalism may become greener and we would be able to introduce the idea of 'green' transformation into the capitalistic system, but I think it's impossible. Capitalism strives for unlimited growth and this supposes the exploitation of natural resources. In this regard, the capitalistic system may barely ensure 'green' transformation,' he says.

The most serious problem, which should be solved is that insecure people, first of all, suffer from climate deterioration: 'Here we have historical injustice, when less developed countries, which didn't have any opportunity to sustain, today they are already deprived of this opportunity, because developed countries simply tell them to stop, you can't follow the path of development, as it will lead to climate disasters.'

International Coordinator of Green Party of England and Wales, author of books on environmental policy Derek Wall said in his interview with EcoLur that the exit of the Great Britain from the European Union negatively affects the environmental policy in the country, 'The problem is that when Great Britain acceded the EU, it was considered to be the most polluted country in Europe and after its exit the country won't have enough sufficient regulations and mechanisms to advance 'green' policy, i.e. those regulations which would ensure the preservation of nature and ecosystem. Consequently, the pollution here will increase and we won't have any measures to regulate total pollution of ecosystems.'

'Green' economy means sustainability, social equality, strong democracy and refusal from violence,' Derek Wall is convinced, 'for this purpose we need revolution in politics. We should elect the right politicians for whom ecology is a part of ecology. During making any decisions, the interests of environment and people shall be met, social factor should be taken into consideration so as people wouldn't suffer from these decision. We shall develop a certain strategy, but we don't have much time to think over and to go into theory, as global problems will have heavy effects, we can't hesitate.'

The interviews were taken during the summer session of Green Academy 2016 'Greening Politics and Economics in South Caucasus' in Georgia. The session was organized by the South Caucasus Regional Office of the Heinrich Boell Foundation.

Unless we have a government aiming at the use of natural resources, I won't believe that 'green' economy is feasible in our countries,' Manana Kochladze
Newsfeed