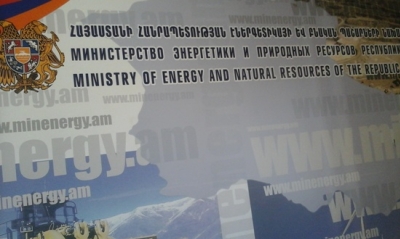 RA Energy and Natural Resources Ministry has disseminated a clarifying statement on establishing 'EnergaImpex' CJSC, which says, 'As it's may be known, different transactions of gas and electricity exchange are implemented due to the arrangements reached between the Republic of Armenia and the Islamic Republic of Iran. Based on the implications to ensure needed amounts of energy carriers in the Republic of Armenia, as well as based on the arrangements reached as a result of Iran-Armenia-Russia and Georgia negotiations, which stated the intention to establish Iran-Armenia-Russia-Georgia energy corridor, RA Energy and Natural Resources Ministry drew up a draft governmental resolution, which sets out to establish "Energaimpex" Closed Joint Stock Company. It will enable to increase the import of natural gas from the territory of the Islamic Republic of Iran, if needed, to make the use of Iran-Armenia gas pipeline more efficient.'