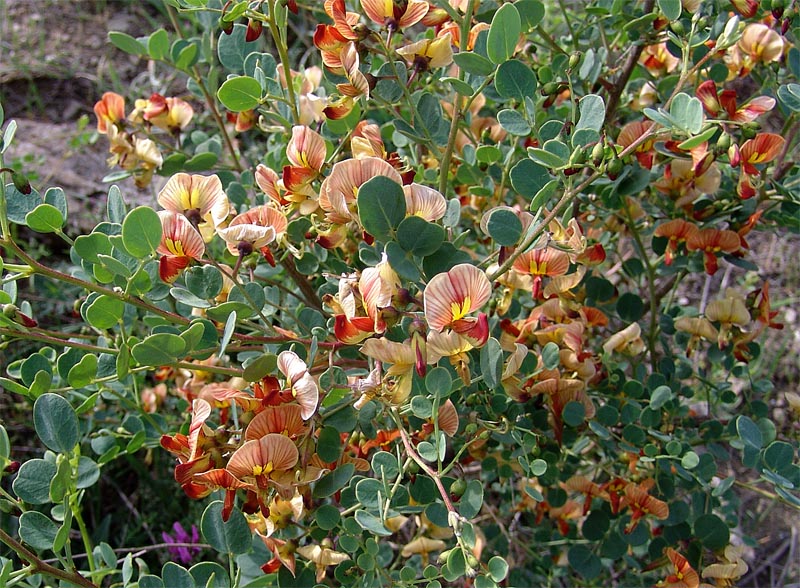 Distribution. It grows in Meghri floristic region (between the settlements Karchevan and Meghri, Tsirani Dzor gorge). AOO is 4 km2, the number of locations is 1. Besides Armenia the species grows in Nakhichevan, recently it has been discovered in Iran.

Ecological, biological and phytocoenological peculiarities. Grows in lower mountain belt, at the altitude of 700–1000 meters above sea level, among phryganoid vegetation, on stony slopes. Flowering in April, fruiting from May to June. The species is adapted to severely arid conditions. The leaflets fall at the beginning of summer and photosynthesis still continues in the axis of the leaves.