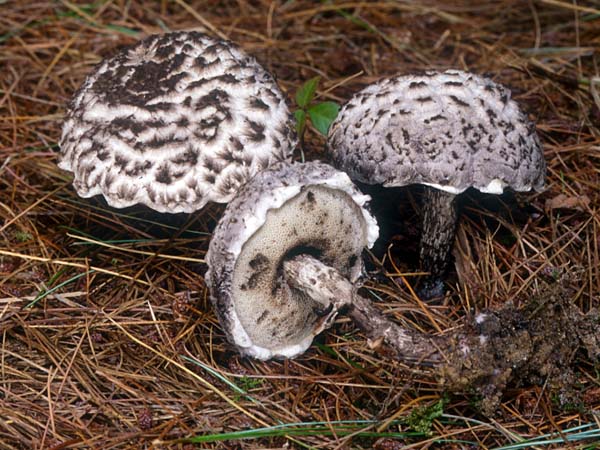 Brief description. Cap is from 5 to 15 cm across, ash–grey, greyish– brown, thick fleshy, at first globose, then flat, large, mouse–grey, imbricated, covered with large, thick, wart–like scales. Flesh is ash–grey, when cut blackens. It has no specific taste and smell. Tubes and pores are ash–grey at first, then dark brown. When cut mature ones blacken. Spore print is brown. Spores are 9–15 x 7–12 µm, dark brownish, broad ellipsoid with netted skin.

Ecological, biological and phytocenological peculiarities. In Armenia it is rarely met, mainly in unique individuals, on the soil, in broad–leaved forests, on the altitude of 1200–1400 m above sea level, in the months of June–September. Mycorrhizal fungi, mainly with oak, hornbeam and beech trees. Fruit bodies are edible.

Main factors of endangering. Degradation and breakdown of ecosystems, loss of habitats, intensive forest use caused by uncontrolled felling.

Nature conservation measures. In Armenia it is conserved in corresponding ecosystems of "Dilijan" National Park. It is necessary to carry out monitoring of the state of discovered species and discovery of new habitats.