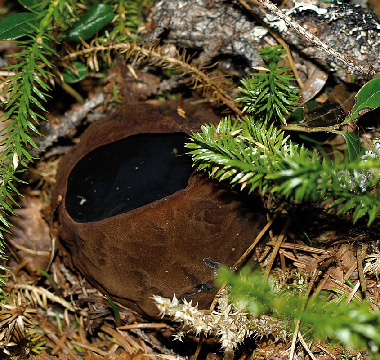 Ecological, biological and phytocenological peculiarities. In Armenia it is rarely met, mainly in unique selections, in sandy soil, under Sorbus sp., in broad–leaved forest, on sands, in semi–deserts, on the altitude of 1850–2000 m above sea level, in June. Saprotrophic or psammotrophic fungi on sandy.

Nature conservation measures. In Armenia it is conserved in corresponding ecosystems of "Sevan" National Park. It is necessary to carry out monitoring distinctive habitats of the species. It is included in the list of macromycetes, which are guaranteed to be ratified by the Bern Convention.