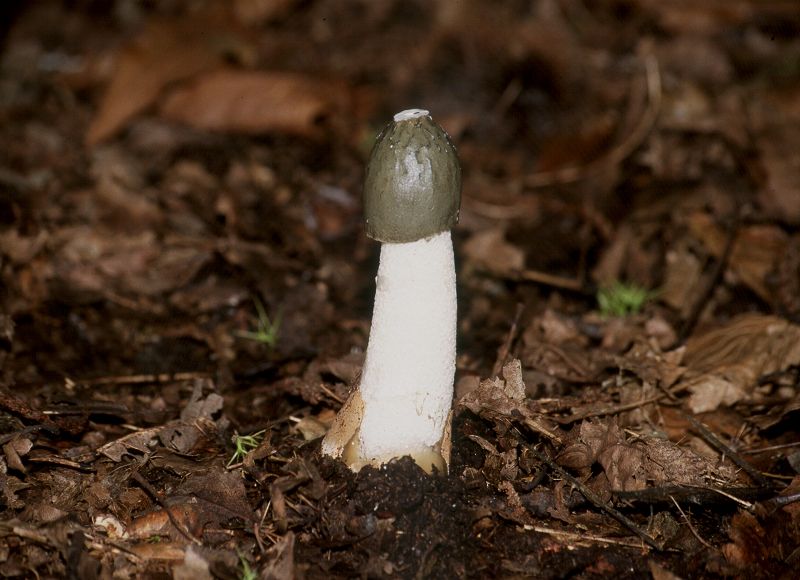 Brief description. Young, closed fruit bodies are from 3–4 cm across, white, ovoid, oval–shaped, sometimes spherical. Mature ones are large up to 30 cm long. Peridium is three–layered, the outer and inner layers are pruinose and smooth, the middle layer is gelatinous. Peridium splitting into 2–4 parts: lobes which remain at the base of the fruit body having the shape of cup–like volva. Receptacle consists cylindrical, 15–20 x 2–4 cm long stipe. It is white, spongy, empty having the shape of a cave. Capitulum gives rise to bell–like cap covered with slime, olive–coloured, sometimes white pruinose gleba. It has strong, unpleasant smell. Spores are 3–5,5 x 2–2,8 µm, light yellow, cylindrical, ellipsoid plunged into slime.

Ecological, biological and phytocenological peculiarities. In Armenia it is met on the soil, in broad–leaved forests, in small groups, on the altitude of 1200–1960 m above sea level, from June to October. Saprotrophic fungi on humus. Young ovoid fruit bodies are edible. The young fruit bodies are used in folk medicine.

Main factors of endangering. Loss of habitats, degradation and breakdown of ecosystems, degression of forest areas caused by uncontrolled felling.

Nature conservation measures. In Armenia it is conserved in corresponding ecosystems of "Dilijan" National Park. It is necessary to carry out monitoring of the discovered populations.