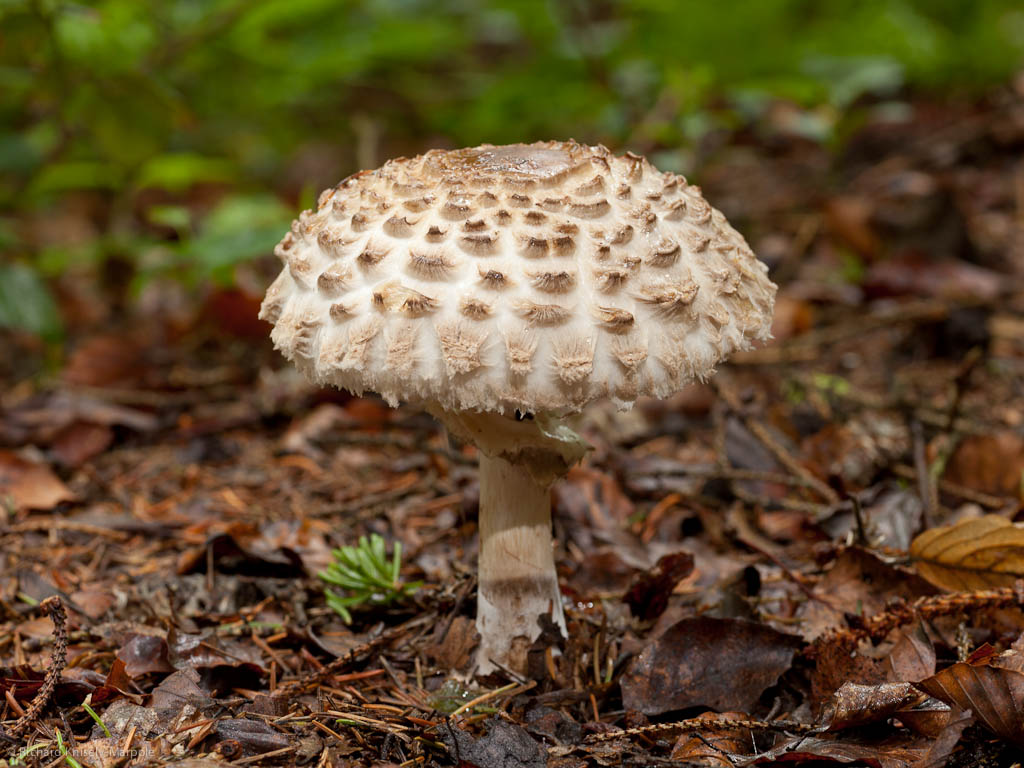 Brief description. Cap is 10–18 cm across, the colour varies from grey to brownish, brown in the centre, spherical, then hemispherical, cracked, covered with large, seldom scales. Flesh is white, reddens when cut. Gills are free, lanceolate, with colarium, at first white then redish. Stipe is 10–25 x 1,5–2 cm high, light brown, with thickened bulb at the base. The ring is white, then brownish with scales. Spore print is white. Spores are 13,5–15 x 6–8 µm colourless, smooth, ellipsoid with germ–pores, with 1–2 drops of oil.

Distribution. Generally in Europe, North America, Australia, Southern Caucasus (Azergbaijan, Georgia, Armenia). In Armenia it is discovered in Ijevan floristic region – in "Dilijan" National Park; in the surroundings of Vanadzor; in Zangezur floristic region – in the "Plane tree grove" Reserve.

Ecological, biological and phytocenological peculiarities. In Armenia it rarely met, mainly on the soil, in broad–leaved forests, in greenhouses, on the altitude of 1700 m above sea level, in the months of June and October. Saprotrophic fungi on humus. The fruit bodies are edible.

Nature conservation measures. In Armenia it is conserved in corresponding ecosystems of "Dilijan" National Park and in the "Plane tree grove" Reserve. It is necessary to carry out monitoring of the state of discovered populations and discovering new habitats.