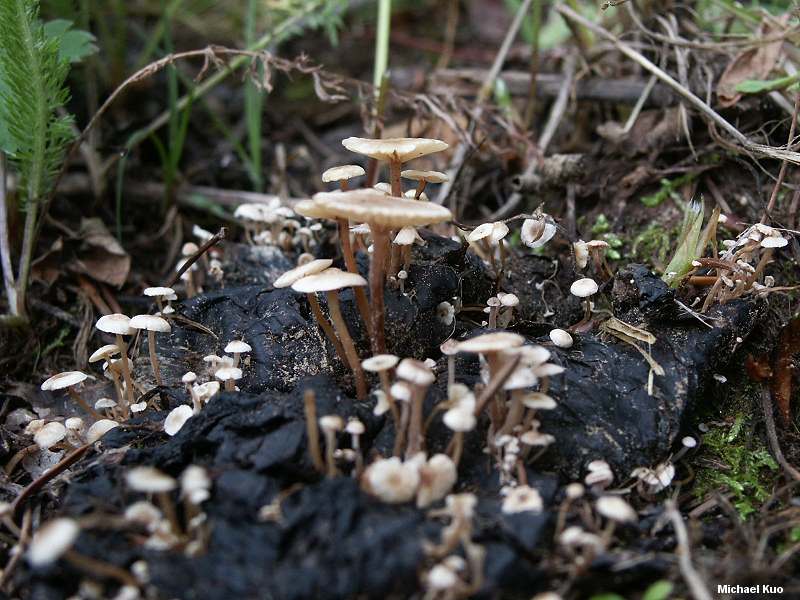 Brief description. Cap is very small, 0,5 –1,5 cm across, extended, with small knob, white. Gills are narrow, white, adnexed to the stipe. Stipe is filamentous, short, appears from sclerotiums. Sclerotiums are large with light orange–yellow colouring. They appear on the remnants of dry fruit bodies of agaricoid fungi. Spore print is white. Spores are 4–5 x 2,5 µm, hyaline.

Distribution. Generally in Europe, Asia, Northern America, Southern Caucasus (Azerbaijan, Armenia). In Armenia it is found in Zangezur floristic region – on the road Goris–Shurnukh, in oak– hornbeam forests – on the fruit bodies and sclerotium of Pholiotina appendiculata fungus and in the coniferous forests of Goris surroundings – on the representatives of Agaricales.

Nature conservation measures. It is necessary to carry out monitoring of the population state.