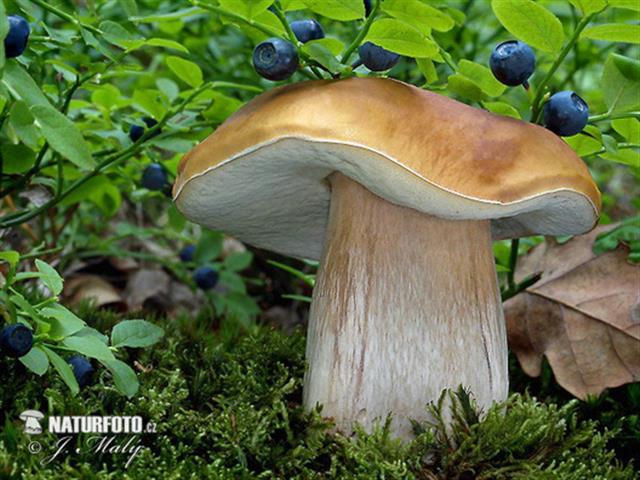 Brief description. Cap is 5–15 (30) cm across, pulvinate, fleshy. The colour often depends on biotope and ecological conditions – dark brown or greyish–brown or pale yellowish. The lower part of the cap, which is white at first, has spongy–like surface with small pores, whereas mature species have yellow–greenish colouring. The flesh is white, firm. Stipe is 7–12 x 2–6 cm long, robust, pallid white net: with conspicuously white at the top, then dirty white or grey reticulum/net. It is clavate, equally widened towards the base. Spore print is yellow–brown. Spores are 15–18 x 3,8–5 µm, fusiform, smooth, light brown.

Ecological, biological and phytocenological peculiarities. In Armenia it is found on the soil, in coniferous, deciduous and mixed woods on the altitude of 1000–1900 m above sea level from May to late autumn. Mycorrhizal fungi, with oak, pine and hornbeam. It is among the most delicious and valuable mushrooms.

Nature conservation measures. In Armenia it is conserved in corresponding ecosystems of "Dilijan" National Park. It is necessary to carry out examination of extent of occurrence for discovering new biotopes.