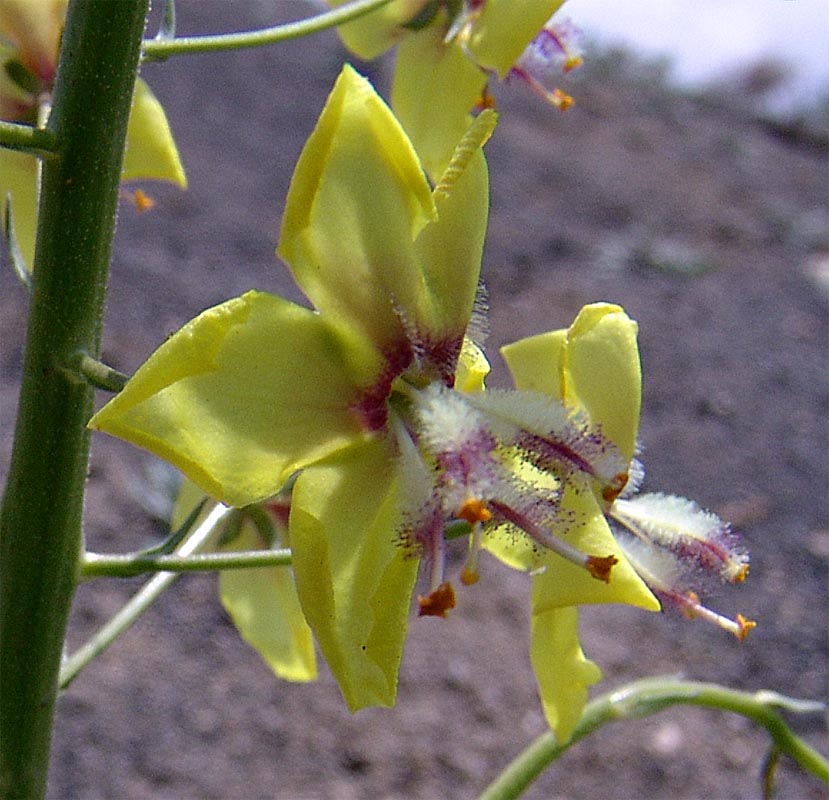 Category. Endangered species. One sub–population is known in the Ararat Plain. The extent of occurrence is less than 5000 km2, the area of occupancy is less than 500 km2. The species faces decline of the extent of occurrence and the area of occupancy caused by changes in habitat conditions. In the first edition of the Red Data Book of Armenia it was included under Category 0: Apparently disappearing species. In recent years it was found again. It is not included in the Annexes of CITES and that of the Bern Convention.

Distribution. In Armenia it occurs only in Yerevan (Goravan, Vedi, Vaharshapat, Ushakert) floristic region. EOO is 775 km2, AOO is 16 km2, the number of locations is 3. Besides Armenia the species grows in Nakhichevan, Dagestan, East Transcaucasia, East Anatolia and Iran.

Ecological, biological and phytocoenological peculiarities. Grows in lower mountain belt, at the altitudes of 700–1000 meters above sea level, in the semi–desert, on dry stony slopes, in the sandy desert. Flowering in June, fruiting in July.