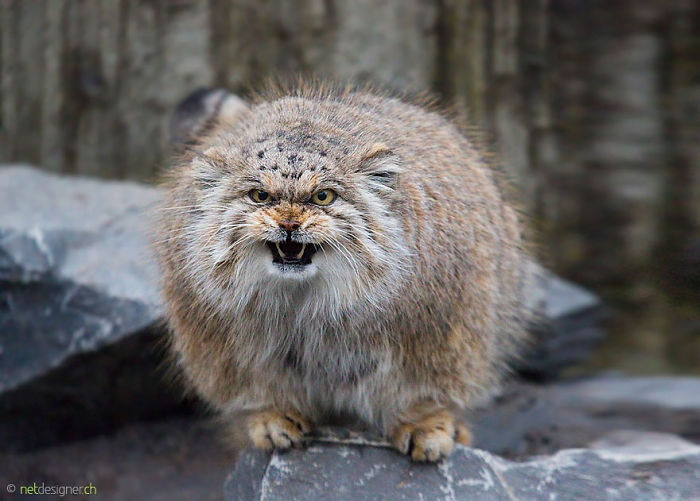 Status. Most likely, it no longer exists in the country. Listed in the IUCN Red List of Threatened Species (ver. 3.1) as Near Threatened NT. According to IUCN criteria categorized as Regionally Extinct RE.

Distribution in Armenia. Recorded in only two sites (Urts Ridge and Meghri district), the latest of which is dated 1935. Nagorno Karabakh, Nakhichevan and the Arax riverside in northern Iran adjoin this range.

Habitats. Arid grasslands and semi–deserts with rocks and cliffs.

Population size and its trends. Most likely, does not live in Armenia any more. Meantime, the manul is notorious for its exceptional concealing ability so is hard to be discovered.

Major threats. The potential threats are poaching and habitat destruction.

Conservation measures. Arevik National Park. It is essential to enforce stringent control over poaching and other human activities within the range.