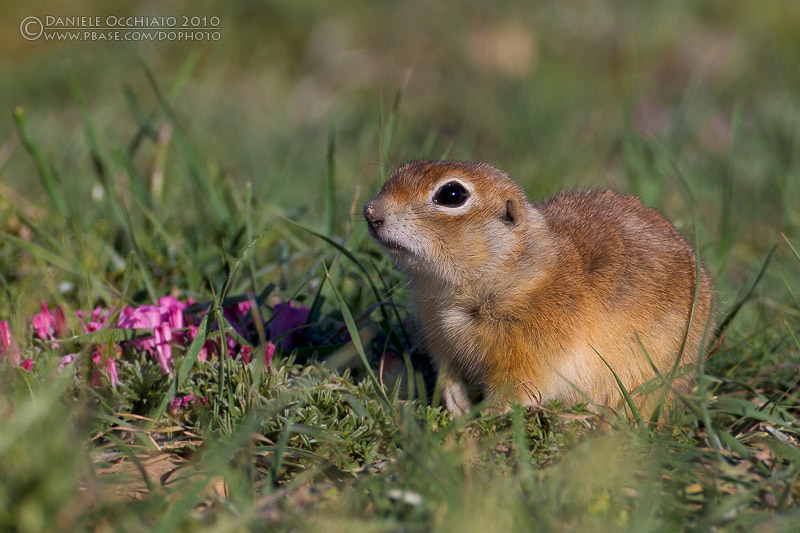 Status. A species of limited and fragmented distribution. Listed in the IUCN Red List of Threatened Species (ver. 3.1) as Near Threatened NT. According to IUCN criteria categorized as Endangered EN B2ab(ii,iii,iv).

Distribution. Central and Eastern Anatolia in Turkey, possibly Levant.
Distribution in Armenia. Lives in the western and north–western parts of Armenia within the Aragatsotn, Shirak and Lori provinces.

Habitats. Inhabits upper parts of semi–desert foothills, mountain grasslands, meadows and, sometimes, lower belt of subalpine meadows at 1100–2400 m above sea level. In the Pambak Valley and Shirak Plateau ground squirrels also live in fields, alongside the edges of the gardens, and ruins of abandoned villages.

Biological traits. Mostly vegetarian. Fattens and makes big caches of cereal seeds. Timing of hibernation end varies from early March to late April. The hibernation period lasts in different parts of the range from 6.5 to 8.5 months. Burrows can be protective and breeding and are usually located at a depth 1.5 m. Active in daytime. The breeding season begins 5–7 days after the end of hibernation and lasts 10–15 days. The offspring are born usually in April–May.

Population size and its trends. A common, wintering species of stable abundance. The average population density is 0.5–19.2 individuals/ha. In Armenia the extent of occurrence is about 350000 ha, but the area of occupancy is only 15000–25000 ha because of the patchy pattern of the population.

Major threats. In the southern and central parts of the range, large portions of habitats are destroyed or no longer inhabited by ground squirrels because of gardening or other ways of land encroachment.