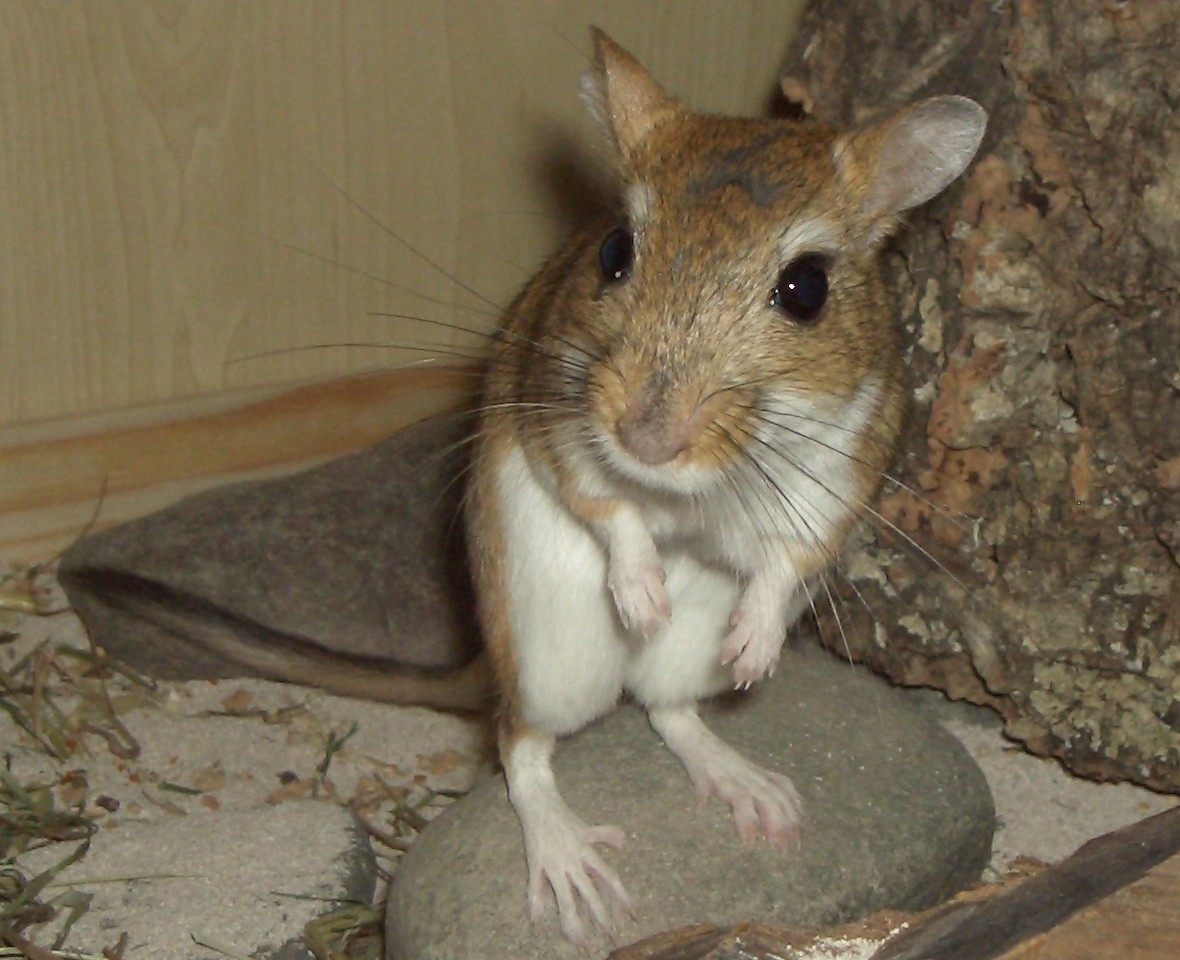 Status. An endemic of the Ararat Valley. Listed in the Red Data Book of the former USSR. Listed in the IUCN Red List of Threatened Species (ver. 3.1) as Endangered B1ab(iii). According to IUCN criteria categorized as Regionally Extinct RE.

Distribution. Nakhichevan (vicinities of the borderline Sadarak village) and, possibly, Turkey’s Aralikh sands. The range covering the left bank of the Arax River is estimated to have a size of only 300 ha.

Distribution in Armenia. In Armenia, the Dahl’s jird was recorded near the villages of Goravan, Shidlu, Pokr Vedi, Ranchpar and Margara, in relict sands. The surveys conducted in recent times did not reveal the presence of the Dahl’s jird in Armenia.

Biological traits. Active throughout a year. In winter active all day round. In spring and autumn activity is maintained during the morning, crepuscular and night hours. In summer time (May to September) activity is crepuscular and nocturnal. Burrows are usually located on hilly sands covered with calligonum or tamarisk thickets. Burrows can be differentiated into the protective, feeding, wintering and breeding burrows. Feeds on different plants. Seeds are primary food in summer and winter. Insects can also be consumed. Moulting occurs twice a year. The breeding season lasts from late March to early April. Fertility is 2–7 offspring (usually 4–6/litter), up to 3 litters/year.

Population size and its trends. A rare species whose population is extremely vulnerable. In Armenia the species is teetering on the brink of extinction. No populations were recently found.

Major threats. Human activities. Populations living within the Arax riverside are also exposed to floods which have intensified due to climate change.