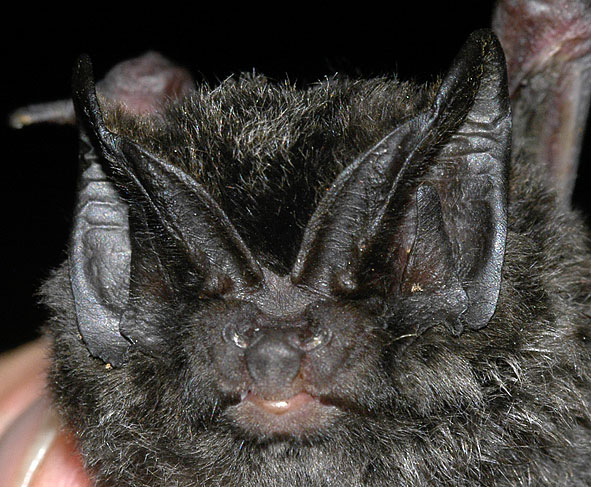 Status. Listed in the IUCN Red List of Threatened Species (ver. 3.1) as Least Concern. According to IUCN criteria categorized as Vulnerable VU B1ab(iii).

Distribution. Distributed over a vast area from the South Caucasus to Kazakhstan and the Himalayas, eastwards to the Sichuan Province.

Distribution in Armenia. Armenia represents the westernmost part of the range of this rare species. Here, the barbastelle is spread over the vicinities of Yerevan and in the provinces of Kotayk (Garni, Geghard, Arzni, Abovian), Vayots Dzor (Arpi, Elpin, Chiva, Areni, Her–her, Martiros and others), Syunik (Khndzoresk, Ernadzor, Meghri and Goris), Tavush and Lori.

Habitats. Usually it lives and hibernates in caves and grottos, occasionally in cellars and lofts. Prefers the areas in sparse forests and near the water bodies.

Population size and its trends. The range is shrinking from the north towards the south. Even in typical occurrence sites its population is decreasing.

Conservation measures. Some caves are included to the list of natural monuments. The Magili Cave was closed to human visitations. It is essential to close all bat caves to human access, particularly the Ptichya and Chaikend caves inhabited also by Mediterranean horseshoe bats.